Finding Your Purpose, Even After Setbacks and Failures

Life doesn’t always turn out the way we want. But God’s plan for us is still good! These three inspiring stories show that out of our setbacks, can come a greater purpose than what we would’ve chosen for ourselves. 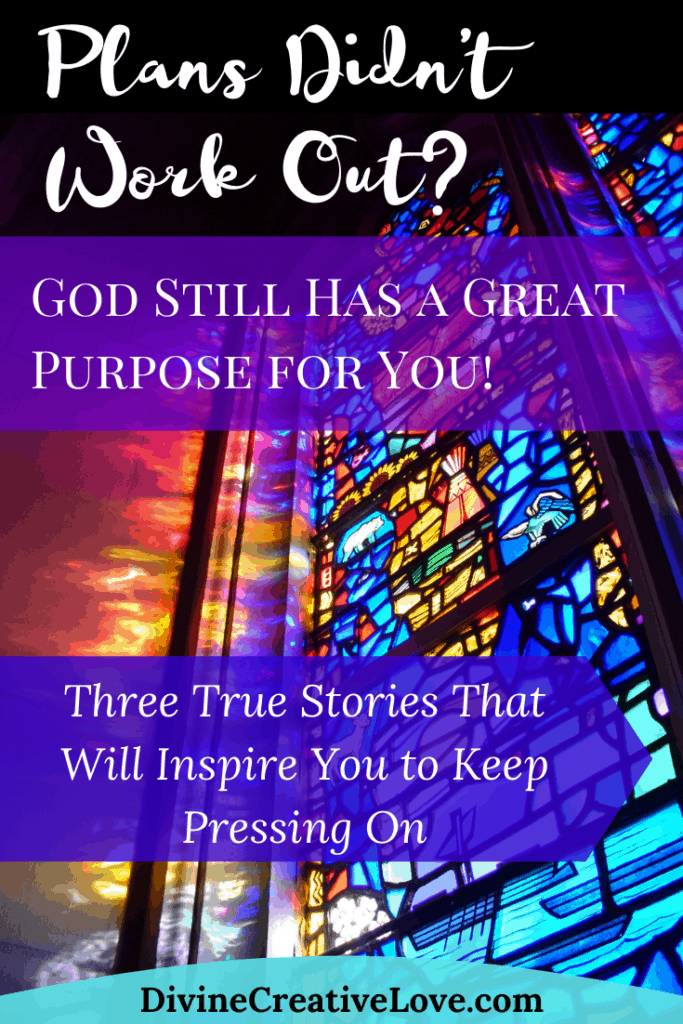 On the day I graduated from college, I was on cloud nine. Graphic design degree in hand, I was ready to conquer the world! Or at least, you know, get a fantastic job doing what I loved, and get my own apartment.

But, that’s not how it worked out at all. There was a whole year of unemployment/job searching during the 2007 recession…and then, a part-time job, a dead-end internship, and quite a few years of unsuccessfully trying to work as a full-time freelance designer. It’s a been a long road, y’all.

By normal standards, I’d be considered a failure (and honestly, so many times I’ve felt like that). But, then I have to ask, what is God up to? Is there something I can’t see, something He’s leading me to, that’s even better than what I originally planned for my life?

Surely you’ve been there too, and asked those same questions. Maybe you suffered a setback, had a door slammed shut in your face, or finally arrived at your destination only to discover that it’s not what you thought it would be. So, what happens when life just doesn’t work out like we planned?

I’ll tell you what happens… God opens a new door, to something even greater than we could imagine. And one day, we find ourselves looking back and saying “WOW, He had that planned all along!”

“See, I am doing a new thing! Now it springs up; do you not perceive it? I am making a way in the wilderness and streams in the wasteland.”
Isaiah 43:19 (NIV)

Today, I want to share with you three inspiring stories, about people whose lives didn’t turn out anything like they’d planned… But, actually, they turned out better!

As I mentioned in last week’s post, we just recently returned from vacationing in Georgia. And two of these stories came from there… 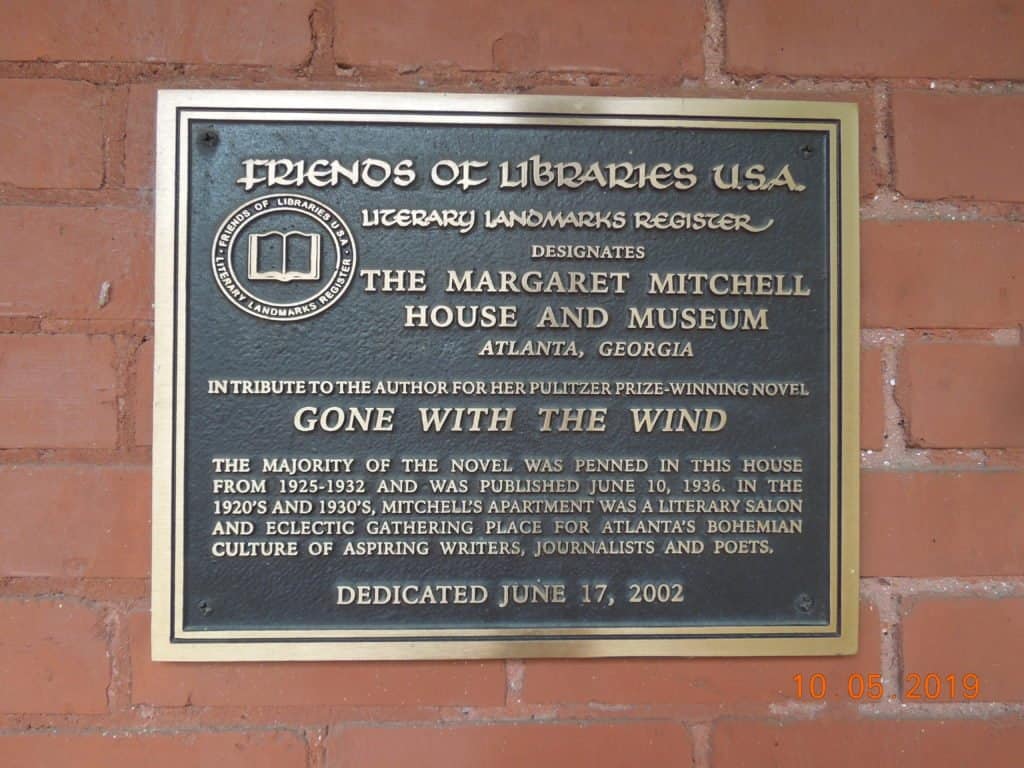 Margaret Mitchell :: While in Atlanta, the Margaret Mitchell House was our first stop. In case you’re not familiar, Mrs. Mitchell wrote the famed novel Gone With the Wind (which was then made into the highly-acclaimed film). Now, don’t feel bad if you’ve never read it…I had only seen the movie for the first time a few months ago, and have never read the book.

This is the kicker though: Gone With the Wind might’ve never been written, had it not been for one thing. Margaret was in a car accident, which left her with a broken leg. Her doctor told her if she wanted it to heal properly, she better stay off of that leg. Pretty big setback, right? In 1926, she found herself stuck at home for several months. At first, her husband brought home books upon books for her to read. When she’d read all of them, he finally suggested, “Why don’t you just write your own book?”. And so, Gone With the Wind was born.

Never would’ve happened, if she hadn’t been laid up at home, bored out of her mind. Talking about making lemonade out of lemons! 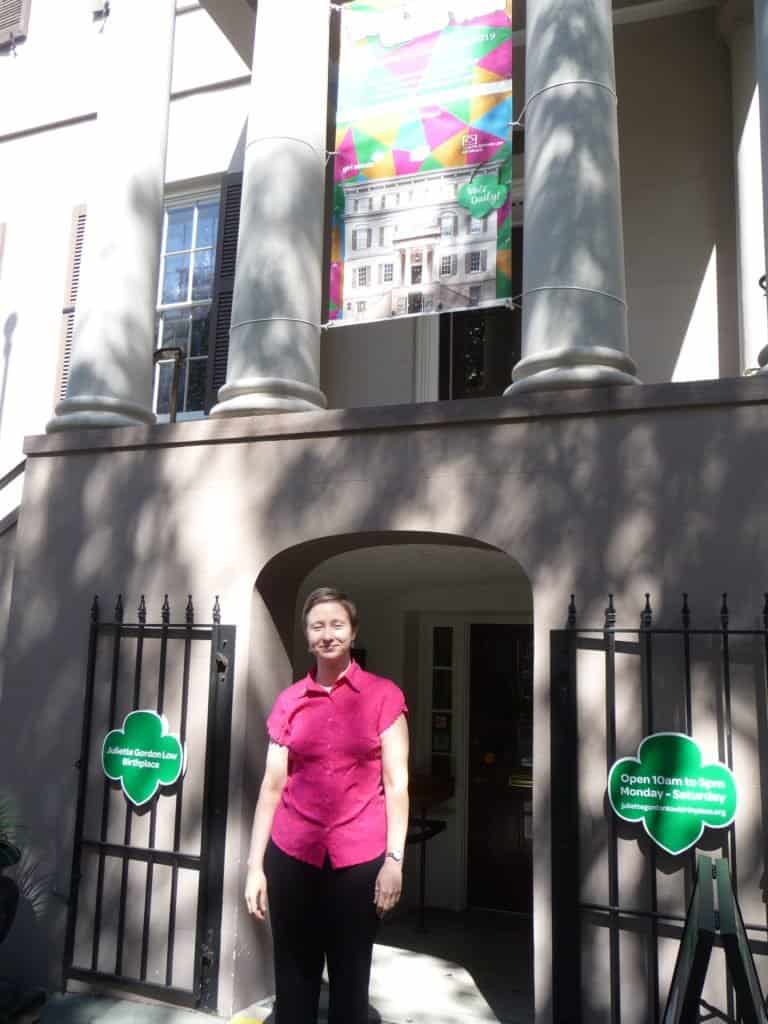 Juliette “Daisy” Gordon Low :: On our last day in Savannah, we visited the historic home where Juliette Low (founder of the Girl Scouts) was born and raised. I’d been waiting to see it pretty much my whole life, having been a Girl Scout from 1st through 12th grade. It was definitely worth it!

We learned so much about her life. I had no idea that she was an artist, with sculpting being her favorite thing to do. One of the things our tour guide pointed out, was that “Daisy” went through quite a lot of troubles in her twenties. She lost partial hearing in one ear, and later lost her hearing in her other ear completely. Her marriage to William Low was troubled…but before a divorce was finalized, he died. So there she was, widowed with no children, and no purpose.

But, through a series of events, she went on to found the Girl Scouts—and poured her heart and soul into it! Apparently she was very clever in overcoming her hearing difficulties…she learned how to read lips, and when she was organizing the first groups of Girl Scouts, she always met with them in small groups, and she did most of the talking. Something that could’ve been a barrier, she overcame.

Our tour guide remarked that, had it not been for Daisy’s failed marriage and lack of children, she might’ve never started the Girl Scouts…nor made such a positive difference in the lives of the young ladies who’ve been a part of it over the years.

Leland Wetzel :: I was hoping for another great story, to round out this post and make three. And last night, God delivered! I was watching Texas Country Reporter with my parents (it’s one of our fave shows to watch together), and was introduced to this young man Leland, who is the founder and owner of Xylo Bats. And I knew he would be a perfect addition to this post, which I was going to write today.

Leland grew up loving baseball, and dreaming of playing in the pros someday. But in high school, he suffered a shoulder injury which required two surgeries, and forced him to quit playing baseball. It could’ve been the end of his love for the sport…but God had other plans! Some time later, Leland wanted to make a wood baseball bat as a gift for his nephew. Only, it didn’t stop with that one bat…

He prayed, “Lord, if you want this to be a hobby for me or maybe something even more than a hobby, give me a passion for it”. And that’s exactly what God did! Fast forward a few years, and through a family connection, he was able to send one of his custom-made bats to his favorite major league player, Joe Mauer. And the rest, as the saying goes, is history! (You can check out Leland’s full story here). 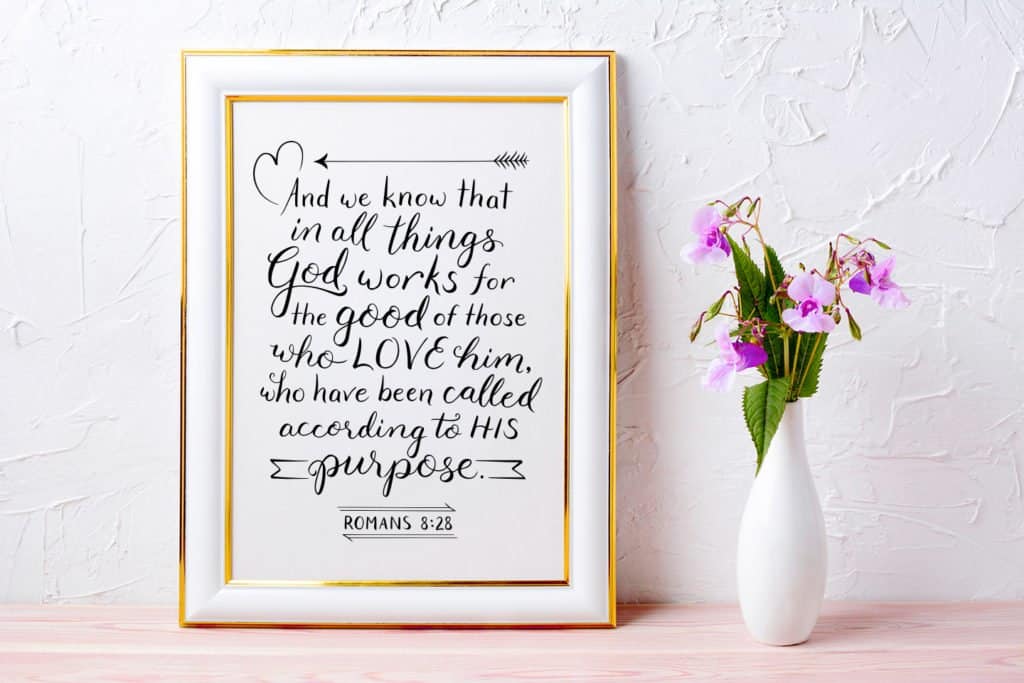 Your story is not over yet!

Whatever failures or setbacks you’ve been through, be it an injury, illness, smacked your head on the glass ceiling in your climb up the corporate ladder, or your dream just didn’t pan out, God’s not done with you yet! He’s got PLANS! You might not be able to see it yet, but keep on truckin’…you’ll get a front-row seat to see His plans unfold before your very eyes.

As for me, I’ll be here…creating art, writing blogs, and cheering you on. 😁 💗 It’s not where I thought I’d be; it’s even better! 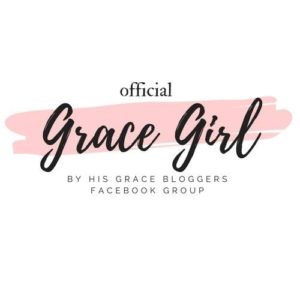